The importance of On Demand Dashboards in Industrie 4.0 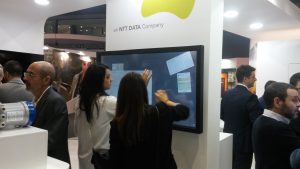 Wrench Time, Time to First Oil, First-Time Fix Rate. These are just some examples of the time-led, outcome-led KPIs that we were hearing all about last week on the Everis stand at the IoT Solutions World Congress in Barcelona. Such KPIs are examples of the outcome economy – the hallmark of the Industrial IoT – […] 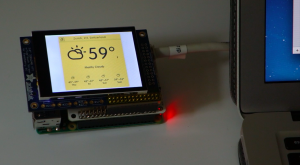 Raspberry Pi, the credit-card sized computer and must-have for any tech-lab, has recently also claimed its place in the IoT world, which is how it grabbed our attention. Fascinated by its sleek looking 7”-touchscreen, driven by playfulness, we of course wanted to run dizmo on it. Such said, such done: We first made dizmoViewer run […] 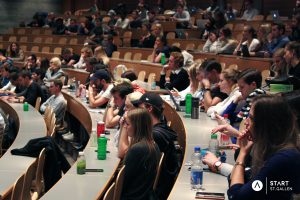 At dizmo, we’re all about the future, and we’re often meeting people and speaking at various events about our future-gazing plans. Last week however, we were excited to be presented with a different opportunity – this time speaking about the past dizmo and how it has evolved to the present. From idea to concept, to […] 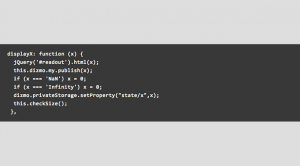 In this blog post, we’ll show how you to update our classic Calculator dizmo to work with dizmoLive. Currently, if you share the Calculator with dizmoLive, the receiver on target side does not update its display when calculations are done on the source side. Since dizmoLive only transports data tree updates, we have to modify […] 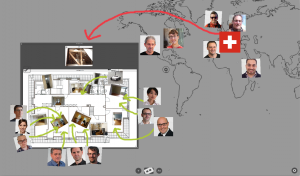 In the last few weeks we have been busy hauling boxes, moving chairs and tables around and making sure everyone gets his or her ideal spot in the new office. Although we have only moved from the second to the third floor, it feels like a whole new world with LOTS of space that we’re already filling with […] 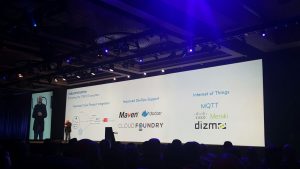 Hi from Las Vegas! This week, we’re posting from Las Vegas, at Tibco’s annual conference #TIBCONOW, and what a crazy week it has been for us! The event has finished yesterday, and we’re excited to share our thoughts, stories and updates. The conference theme is Destination Digital and the event has been packed with talks, […]

How to present smarter 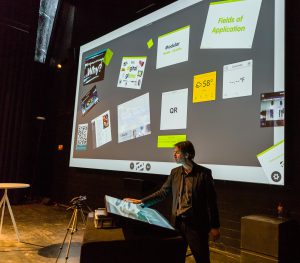 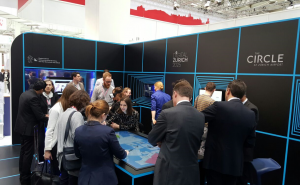 CeBIT is over and it was a blast! On this year’s edition Switzerland stepped out into the limelight as the CeBIT Partner Country. Between March 14th and 18th more than 70 Swiss startups, established companies, universities and institutes of technology occupied more than 1700 square meters of exhibition space. Swiss Pavilion/ 2016 ©ICTswitzerland Among the […]

2016-02-09 Posted in: integration on the surface, internet of things, smart home

The Interface to the Smart Home is not your phone 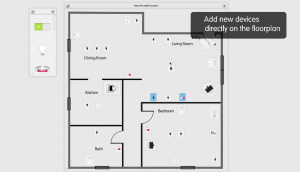 We recently caught sight of a blog post citing the limitations of using remote control via your mobile phone as the main interface to your smart home. It would seem the thinking of the author Steffen Sorrell from Juniper Research very well matches with ours: Agnostic to all input methods “The interface to the smart […] 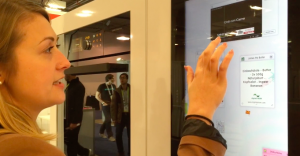 We had the great honour to be part of the digitalSTROM booth at this year’s CES and a few days later at Swissbau – one of Europe’s biggest construction trade fairs. The goal of both events was to present the latest technologies from digitalSTROM for the Smart Home and Smart Kitchen in particular, dizmo-enabled. As […]