Connected cooking – has anything yet attained the Butler Experience?

From a technological and sociological perspective, the kitchen has a unique place within the home. Despite the kitchen being the hub of homes for centuries, it’s also been one of the rooms that’s slowest to evolve from a broader technological standpoint. Whilst kitchen specific gadgets and gizmos have continuously appeared over the years, the connectedness of the IoT age has yet to really creep into the kitchen in a meaningful way.

Part of this can be explained by the fact that many facets of the kitchen serve the same function as they did 30 years ago. Ovens and microwaves remain relatively unchanged since their 80’s iterations and new gadgets such as food processors and Smart Fridges are slow to be adopted. However, there is a very clear demand for interactive screens in the kitchen. A recent survey found that 67% of homeowners would like a screen in their kitchen, with 63% wanting a screen larger than 19” on a cupboard or work surface. When asked what sort of apps they’d like to see on the screen, the responses were mixed, with a recipe book, news, facebook and other apps all being named as important. 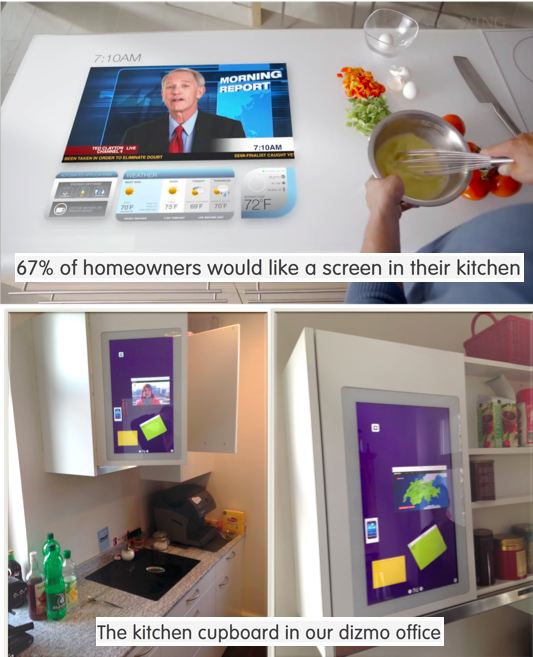 “A day made of Glass” by Corning Inc.; Kitchen cupboard in our dizmo office

The survey highlights that the kitchen is still going to serve as an important hub of activity for people in the future. So why haven’t technology companies been able to break through with a technological innovation? Well, it all comes down to a phrase we’d coin ‘The Butler Experience’.

The butler experience explains the human phenomenon of knowing and understanding what is appropriate when. The reason people pay for help in the kitchen is because good help knows when to serve food, when to serve information and when to provide assistance in other tasks, all using human intuition and understanding of the user’s needs. Of course elements of this experience can be automated through software, but there are still glaring holes in the approaches that many companies take.

Some appliance companies are attempting to create their own nextGen user experience around their own devices but it just doesn’t play nicely with any gadgets outside their own line. They struggle with UX, their interfaces are hardcoded and their walled-garden approach prevents other companies from building upon their approach. Whilst they might be able to do certain things in the kitchen really well, they ultimately fail to address the aspect of the butler experience which understands that the world outside the kitchen is also important.

We also have major players in the connected home space trying to turn the kitchen into another more generalised room in the smart home. Whilst these industry players are good at bringing in outside information into the kitchen, they try to mould more generalised smart home solutions onto the connected kitchen instead of creating tailored experiences from scratch. These moulded ‘general-fit’ systems leads to experiences that don’t intuitively understand what the human wants within the kitchen. In this regard, these companies fail the intuitive aspect of the butler experience by not recognising that only some outside information is appropriate.

Of course, there are workarounds for this. But as developers are quickly learning, no-one wants to open 5 apps just to get the required steps for a recipe, they want interoperability regardless of silos, and they want smart actions. Automated software shouldn’t require lots of manual interaction from the user to get to the desired end goal, it should be intuitive and simple to understand, with the end result appearing as quickly as possible. 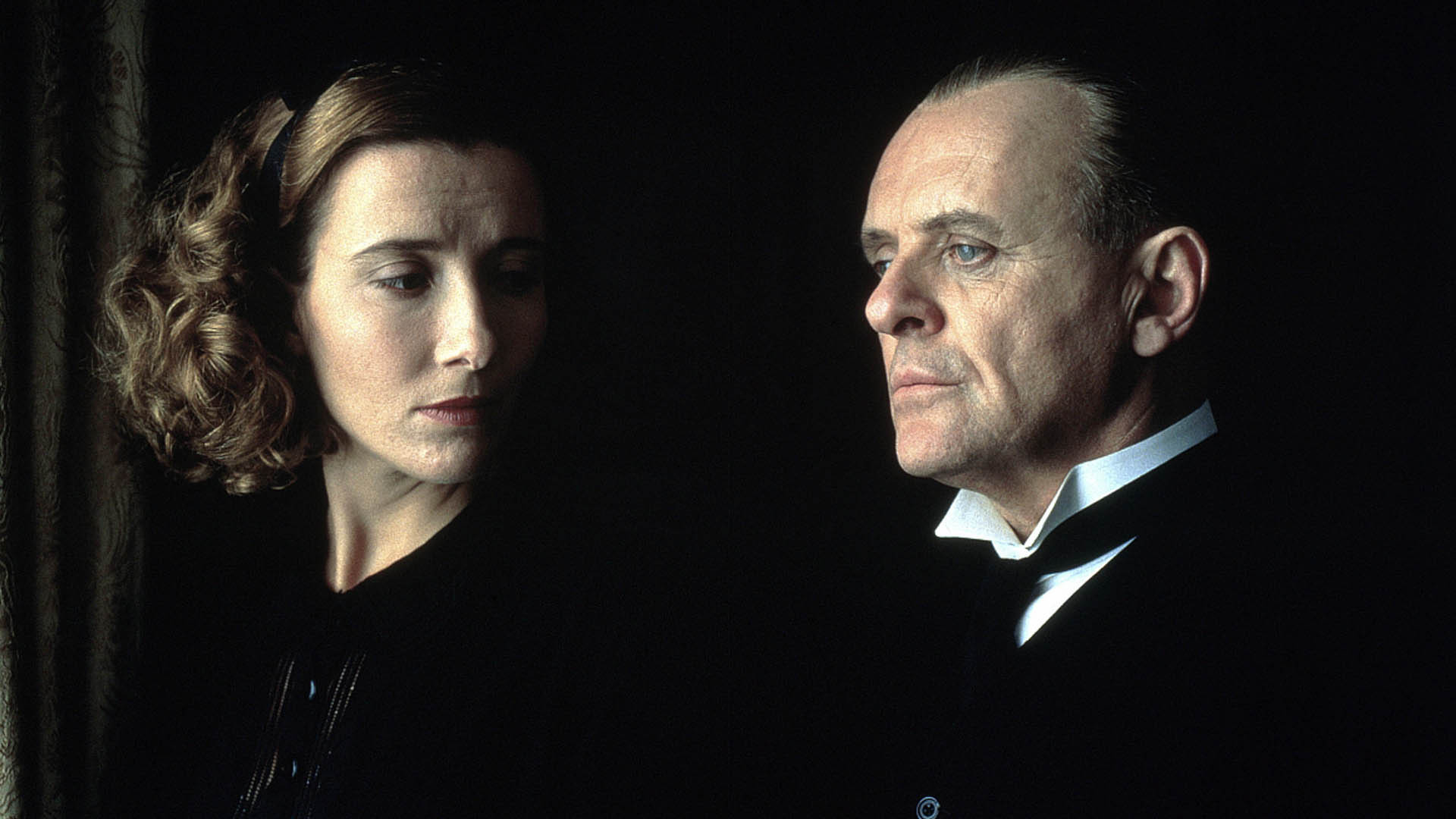 Recipe database providers are taking a different approach from the other two giants. They look to build out the cooking experience using their recipes as a core base of their offering, which is already deeply rooted in the kitchen experience. By tying their recipe offerings into their new technologies, it encourages customers to invest into their ecosystem by tapping into the human desire to cook good food, and they’re using this human psychology to drive sales.

What they need is a middle man who can act as an inter-operator between an IOT connected home and these kitchen specific requirements.

Dizmo’s strength lies in its open-ended nature, which allows it to work as a bridge between the different silos. Devices and OS’s that were previously siloed can communicate as little and as much as they want with other devices via dizmo’s disruptive digital workspace-cum-smart home control environment. For example,you drag a recipe from a Master Chef re-run on YouTube together with the Cooking Assistant (recipe database) and it’ll instantly retrieve instructions on how to make that recipe. Meanwhile, the dizmo plugin will pull the oven temperature information required from the recipe’s metadata and set the oven temperature accordingly. Here, we see a marriage of the two different approaches, appliance-first OS’s that cater to the wide variety of functions available in the kitchen devices, with the information that’s widely more available in the kitchen content ecosystem.

With the varying approaches to the kitchen, it isn’t clear which vision is going to win out at this point. Much like Apple, Google and Amazon’s competition in the home, it’s still undecided at this point whose strategy is going to dominate, if any. What is clear at the moment, is that the approach to the kitchen requires something far more nuanced than what is currently being considered. Perhaps an element of collaboration so far unseen is going to be needed in order to truly offer the kitchen of the future, or more likely, companies such as Dizmo will act as the unifier required to offer that ever elusive ‘butler experience’.