Monitor and visualize movements of virtual prayer wheel with dizmo

This project was triggered by Xaver Inglin, one of our Kickstarter Backers, who has built a ‘Prayer Wheel’ and equipped it with the WunderBar-Kit created by relayr. The main objective was to then monitor the movement of the real prayer wheel and to visualize the movements by spinning a virtual prayer wheel in dizmoViewer accordingly.

WunderBar is a set of sensors to track temperature, humidity, sound, light, color, proximity, movement, and even home entertainment systems with an infrared transmitter. It can be used to monitor the movement of the prayer wheel. The collected data is then sent via WiFi into relayr’s cloud.

The prayer wheel itself consists (from left to right) of a stand, a wheel, the Wunderbar gyroscope sensor and a barrel. 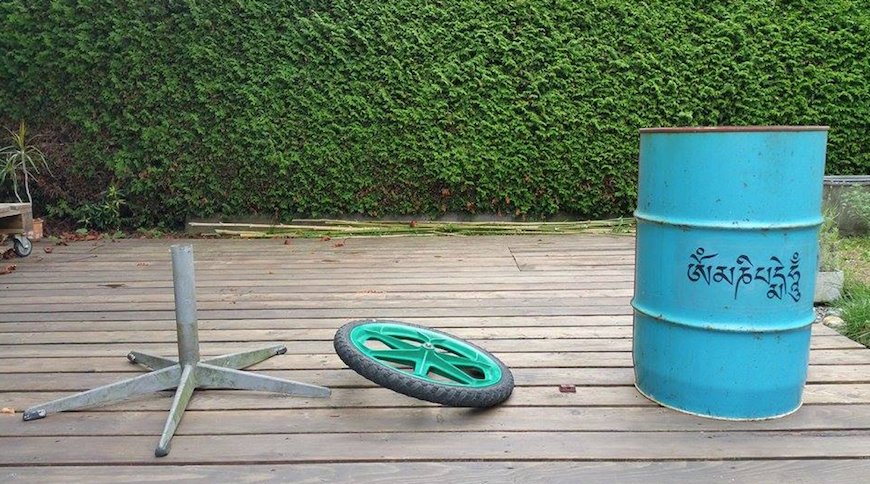 Building components of the prayer wheel

If you have not opened your account to access your Relayr Developer Dashboard, head over to relayr and do so.

In the Developer Dashboard, you should see your sensor values posted in real time.
We only need the values of the gyroscope to see if the wheel was turned. We grab the value and display it in our Wunderbar dizmo. 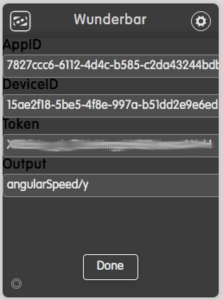 The values collected for acceleration range between 0-300. To prevent the ValueSwitch to be triggered by accidental movements of the prayer wheel (e.g. by wind), we set the trigger point at the back of ValueSwitch to 200. 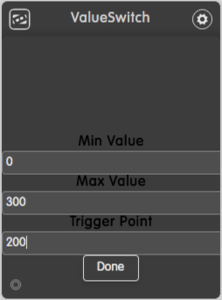 We now dock Wunderbar to the ValueSwitch which switches on the last dizmo:

Of course, Prayerwheel needs to be docked to ValueSwitch (on the other side of Wunderbar), to be switched on and off. 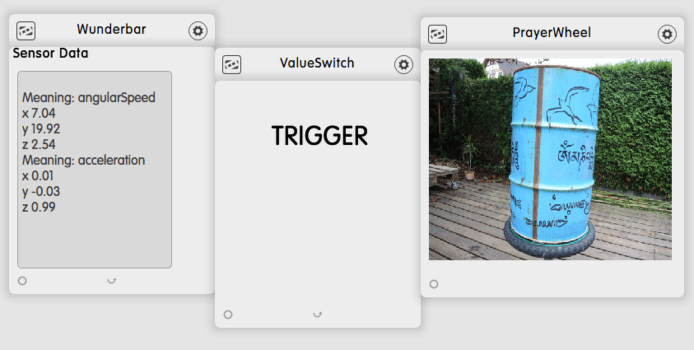 And there we are: the virtual Prayerwheel is spinning in synch with the real one!

WunderBar of relayr opens up the undreamt of possibilities to connect the offline objects with the Internet. The prayer wheel for example can be installed somewhere remote, and in the present setup, it bridges the distance from the remote location to any dizmo-enabled device that you are using.

Use another sensor and combine it with ValueSwitch to construct an irrigation system for your garden, for example. Equip a pole with the humidity sensor of WunderBar, then connect it to the Wunderbar dizmo. Set the values at the back of ValueSwitch and dock it to Wunderbar.

With the same sensor (gyroscope) as with Prayerwheel, you can build a counter that keeps track of how many customers have entered your premises so that you can stock up or man the tills. Obviously the third dizmo in this chain is then a StockUp or ManTheTills dizmo.

As there are six other sensors and even a bridge to connect more, you can mix and match to build any application. As always, we are excited to see your ideas. Let us know how you use the Wunderbar dizmo and tweet us at #dizmonks.

Tweets by dizmos
Back to top